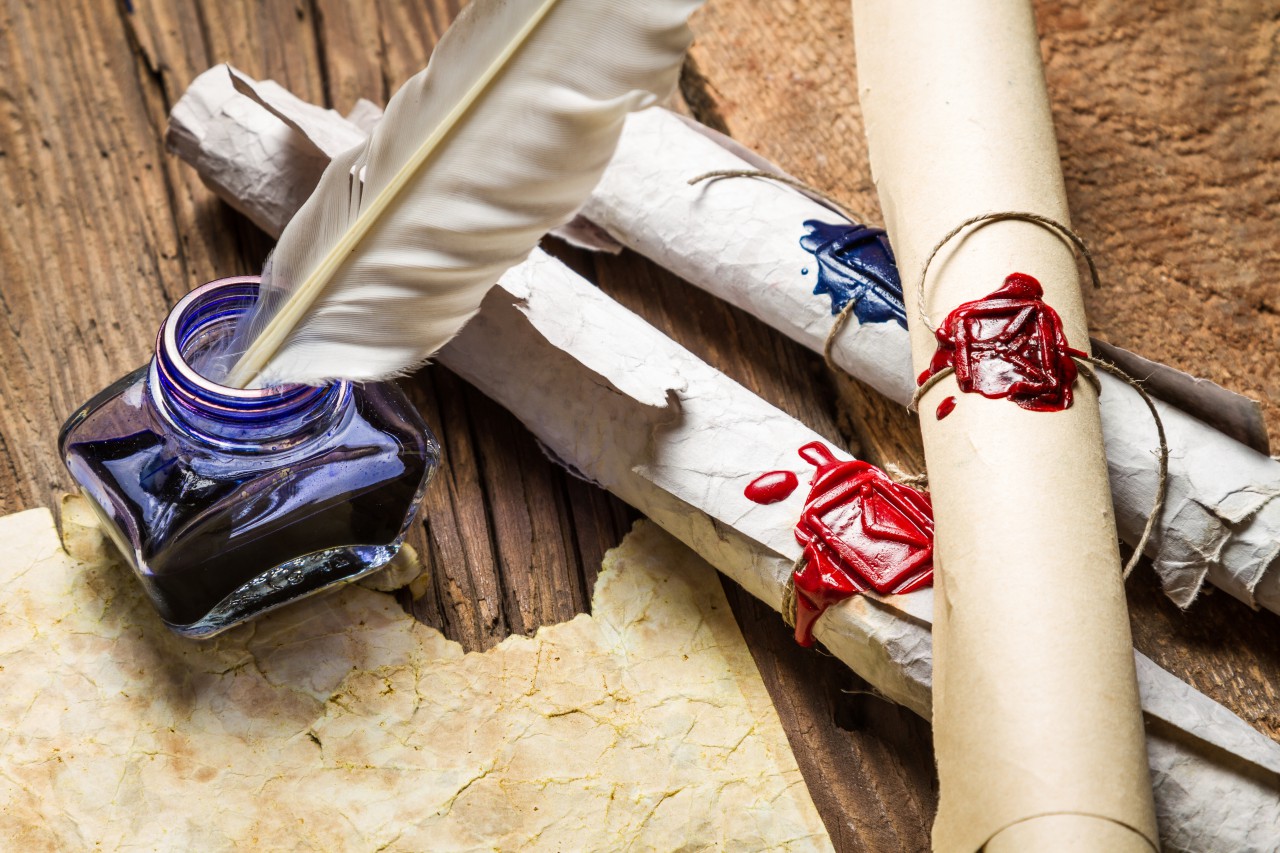 This is an interesting one. Two of the subclasses in this document, you see, actually made it into the Sword Coast Adventurer’s Guide. It’s neat looking back and seeing what I thought of the Proto-versions of these subclasses, as compared to their final versions.

And I still love the minotaurs. Their culture continues to make me smile.

So…waterborne adventures. Let’s make something pretty clear from the beginning. When they say “waterborne,” what they mean is “high seas” adventures. This is not the document that gives you merfolk, sea elves, or sahuagin as playable races. Nor is this the document that gives us cool underwater feats and class options. This document is firmly placing its flag in the “Sinbad/Jack Sparrow/Odysseus” camp. Therefore, that’s how I’m judging it. As much as I might want cool rules for under-water campaigns, that is not the theme of this document, so I’m not going to bitch about those things not being present.

First up: Minotaurs? Regarding what is actually there…I like it! I don’t love it like I did the Eberron UA, and I think there could have been a bit more included, but I like it just the same. But enough of that. Let’s get into the nitty gritty.

(As always, you can download the document yourself HERE.)

The Minotaurs of Krynn

Confession: I know exactly dick about Dragonlance and the world of Krynn. And I’m, like, stupid-lazy, so I’m not about to look that stuff up. If I had to judge them based on this document, I’d say that they sound like dude-bros who watched Stand By Me a few too many times and now have kind of a warped, absolutist sense of honor. The only way they can advance is by beating each other up, and they’re super clique-y, only hanging out with other adventurers that embody their ideals of “might makes right”. I get the impression that a lot of minotaur conversations end with the phrase, “You wanna fight, bro!?”

Minotaur A: “You know who’s a total badass? Teskos. Bro, that dude was totally clutch! I’m totes calling myself Teskos, bro. It’s gonna be, like, so sweet.”I really dig the idea of how their clan names work, however. It really works with the rest of their attitude toward strength. It’s like they sat down and said,

Minotaur B: “Teskos is a punk, bro! I’m all about that Athak. Dude ROCKED the Circus back in the day. He was, like, the friggin’ Hercules of ‘taurs, man.”

Minotaur A: “Bro! You just call Teskos a punk?”

Before I move onto minotaur stats, however, I’d like to note that they include special minotaur bonds (normally included in a character’s background). I like them, and think that including more bonds in future races can really help to influence gameplay in a positive way.

Anyway. Onto the actual mechanics of the minotaur.

Overall, I feel like it’s a bit combat-heavy. I might have replaced Hammering Horns with something related to performance combat (they’re gladiators, after all) or a bonus to persuasion when negotiating terms, since it’s well known that a minotaur’s word is their bond. Your mileage may vary, but I’d probably do a little tinkering before adding them to my world.

First of all, I like adding more fighting styles. It’s a good way to increase options for martial characters without having to add entirely new class options. And I like that this one is available to fighters, paladins, and rangers. I think that all of the fighting styles should be available to all three classes (because why the hell should a ranger NOT get to specialize in two-handed weapons?), and this is a step in the right direction.

It’s a good ability. No complaints.Regarding the actual mechanics…I think it’s fine. It’s effectively the same as the Defense style, but with an armor restriction and a mobility kicker. Gaining +1 AC, a climb speed and a swim speed, but being unable to wear full plate while doing so, seems fair. The climb and swim speeds aren’t really likely to effect combat all that often, unless the Mariner is going after distant archers, and even then, they’d be putting themselves into the line of fire.

First off, let me say that the rogue being the one that gets this archetype is probably going to be a little divisive. A lot of non-OSR folks grew up with 3.X D&D, where the Swashbuckler was a class obviously inspired by the fighter. However, with the form and function of classes in 5e (which is to say that Base Attack Bonus/thAC0 isn’t a thing), it makes sense to me. Especially with some of the “roguish” abilities, like Panache and Toujours l’Audace.

But onward, into the mechanics!

Let’s finish this thing off with the Stormborn Sorcerer.

I first encountered the Stormborn concept in the 3.5 Dungeon Master’s Guide II as the “Stormtouched” unique ability for NPCs. It gave the character the ability to control weather and call lightning each once per week, along with electricity absorption, for the low-low price of a whopping +7 LEVEL ADJUSTMENT WHAT THE FRACK HOLY SHIP BATMAN! Yeah. Not exactly appropriately balanced. There was also the Stormlord prestige class in Complete Divine. But I never bought Complete Divine, so my familiarity with it is quite limited. It mostly focused on gaining special abilities that can only be used during storms, and thematic weapon ehancements.

There was also the Stormborn sorcerer in Pathfinder, I believe in the Advanced Player’s Guide. Checking the PRD, I can see that it feels like an appropriate blend. It gains bonuses in storms, can call down lightning, and transform weapons into living thunderbolts a la Zeus. It can also turn itself into a bolt of lightning for X rounds once per day, which is neat, but relies on your enemies lining up in front of you.

Tempestuous Magic is weird. I like the idea—you can fly 10 feet whenever you cast a non-cantrip—but only allowing you to move 10 feet seems kind of dumb. That’s two squares on a battle grid. I suppose any amount of mobility is welcome, but I would honestly increase it to 30 feet or your movement speed. Right now it just feels like you’re kind of hopping around as you cast spells, which is odd.So how does the Storm Origin measure up to what came before? Let’s find out.

I really, REALLY dig this version of the Storm Sorcerer. It’s not quite as flashy as its counterparts, but I kind of love that about it. See, in the past, being Stormborn gave you super powers. You could call down the lightning , conjure storms, and transform yourself into pure energy. The 5e Stormborn, however, really sells the idea that you’re a cosmic accident. You can’t control this power you have, and it just kind of shows up when you cast spells, or leaps out to protect you when you’re harmed. I love the idea of a sorcerer who is just kind of trying to handle this power. She doesn’t really trust herself around other people, and has real issues with intimacy. She never knows when the powers will manifest, and is constantly worried about letting herself get close to other people. The progression of the class also conveys this, as you get more and more control over this power as you increase in level, to the point that you can even conjure the winds to lift yourself and your allies skyward at 18th level.

It’s a really great example of a class suggesting a narrative with its progression.

Also, can I just say how awesome it is that the D&D team is coming up with more Sorcerous Origins? And that they’re differentiated from Pathfinder’s Bloodlines? One of my worries was that, as we gain more origins, they would effectively be the same as the bloodlines. I love the idea that sorcerers gain their power not from genetics, but from exposure to magic itself. Born during a roaring gale, touched by the power of a god, infused with raw, protean magic, or…well, dragon blood. They can’t all be winners.

Overall, I like this Unearthed Arcana. It’s not the best in the world, but it has some places where it really shines, and shows that Mike Mearls and the D&D design team really know what they’re doing. The weakest point is probably the Swashbuckler, and the strongest is the Stormborn. The minotaur is well-designed, and I like it, but it feels more like the obligatory Campaign Setting inclusion. I would have preferred to see it in a Dragonlance-themed document with Kender and Draconians. The Mariner is…fine. It’s really well designed, but it’s so small that I feel like I can’t put it in a “best” slot. Especially considering the cool, evocative nature of the Storm sorcerer.

I would have liked to see rules for ship combat. I know that such a thing might warrant its own Unearthed Arcana, as mass combat did, and the D&D team is on a schedule with these documents, but I think a simple “how to handle ship battles” section with basic hit points for vehicles, damage for cannons, and boarding rules would have been a neat addition.

Overall, though, I got the Storm Sorcerer. So I’m happy.