This Monday’s monster idea belongs to Charles Oberg, who gave me the idea of the grippli zen monk. However, rather than just creating one monk, I decided to create two. One minion monk that you can use as a horde enemy (or horde ally, considering they’re neutral good), and one big boss enemy as the grandmaster of the monastery.

This is the first that I’ve seen of Gripplis in D&D 5e, though please be sure to point any others out to me in the comments. I designed them after tree frogs. Assumedly, they would be encountered in the jungle, so they have a bonus to Stealth checks, as well as a climb speed and a bonus to jumping and climbing. They are also poisonous, much like the poison dart frog and many of its brethren, and therefore deal poison damage with their unarmed strikes.

I also gave them a nice tongue attack to deal poison damage at a range. I picture them hiding in trees and leaping down on foes after poisoning them with their tongue lash, slapping foes with open hands to deliver poisonous strikes. Fun times.

Here are the statistics for both NPCs. 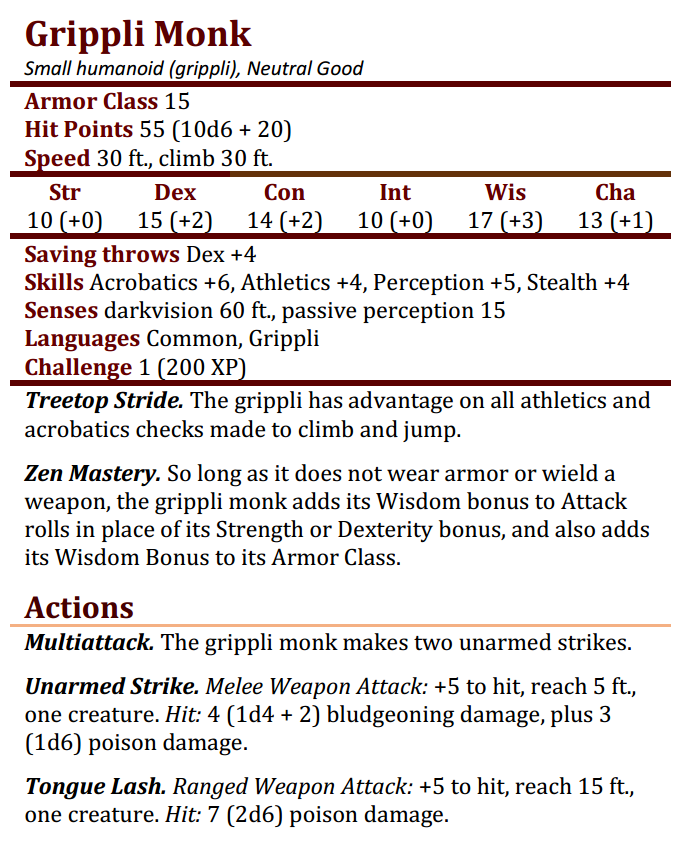 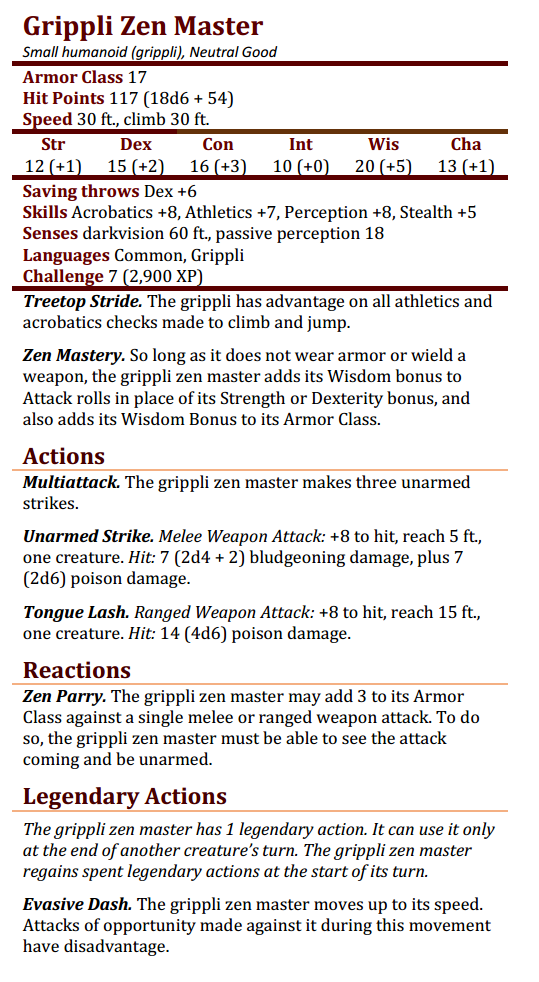 As always, here is the PDF.

And remember, if you’d like to get YOUR monster featured on Monstrous Monday, then leave a comment below or send me a message via my Contact Page.