This whole “Design Zelda Monsters” thing is proving to be an interesting experience. See, as similar as many video games and tabletop games are, there are still inherent differences in the way we treat tactics and tone within games. In a video game, tone is often established by visuals and sound. At the table, we have a very different view of the world. If we see it at all, it’s usually from a god’s-eye perspective. We invent a lot of what we see in our own minds. Similarly, tactics are often very different in a video game where you’re dealing with active, mobile characters rather than turn-based tactical movement.

Therefore, when designing a monster like the redead from Zelda, I had an interesting task ahead of me. I had to create a monster that functioned mechanically like the redead. But I also had to create something that felt like a redead. I wanted to give the players the creep-factor of simply seeing it standing in a tomb, unmoving. But I also wanted to establish the shock when it screams and freezes you in place, and the slow horror as it approaches.

The mechanics are easy. Redead are basically just zombies with a paralyzing scream. A half-assed design would just slap a DC onto a zombie and call it good. Personally, I’m a big fan of the redead’s shambling walk as it approaches, so I included that as well. What really matters with the redead, however, is its tactics. What makes redead isn’t their mechanical abilities, but the WAY they act. Imagine entering a room with seven redead. None of them know that you’re there, so they’re all just standing around, maybe swaying a bit, completely silent. Your party just thinks they’re undead, so the cleric walks in, ready to expend her divinity and destroy them. Then one of them turns toward her and lets out a shriek. The cleric freezes in place, frozen in supernatural fear as it begins shambling toward her. Everyone else rushes in to save her, and the other redead turn and shriek as well. Everyone’s frozen, and all they can do is watch as these undead horrors get ever closer. 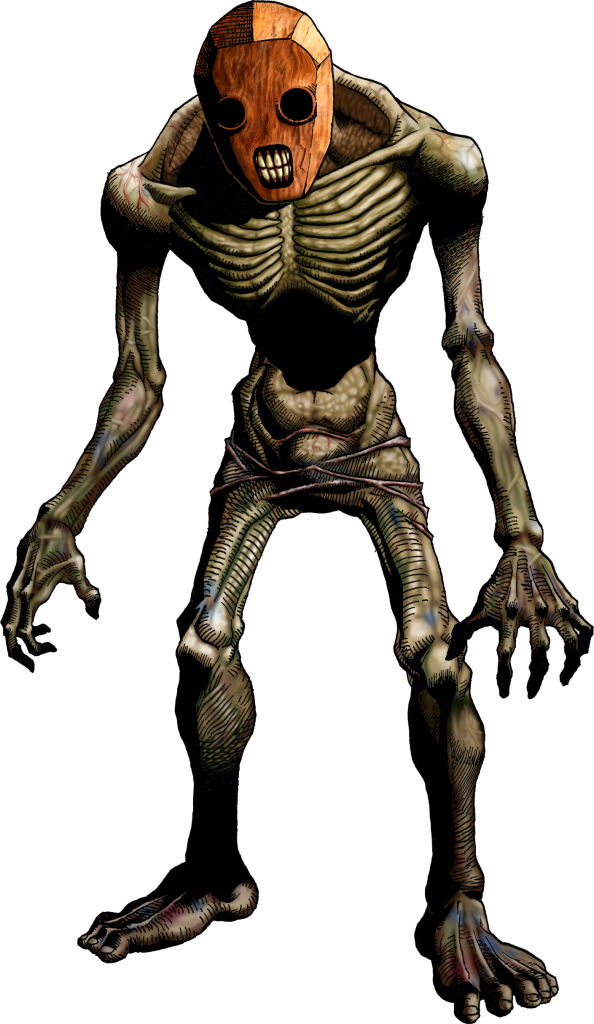 So…how do we do this? Take a look.

By adding the Tactics section at the end, I not only create a monster, but also give the GM an understanding of how it is to be used. I probably should have done this for the Deku Baba as well, but “c’est la vie.”

Originally, I was going to do Gibdos as well, but… well, Gibdos are just mummies. I know that in a couple games, they shriek like redeads. But I never liked that aspect, so…yeah. Gibdos are mummies with a stupid name.

Next week, I’m going to take a step away from the undead, and into the boiling lava caverns of the Dodongo, where I’ll have to figure out how in the world to give standard enemies a weak point. Wish me luck.

Did you like this monster? Do you like Legend of Zelda? Want to see more? Then why not leave me a like? Why not follow this blog. Everyone’s doing it! It’s the cool thing to do these days. Honestly, if I were you, I’d totally follow this blog. Especially if you want to look cool and smart the next time you run a game for your friends, or discuss class design or something. I don’t know. The point is that you should click the like button. And the follow button.

One thought on “Monstrous Monday: Night of the Living Redead”